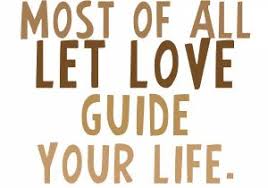 Anyone who is unsure about their relationship with Jesus, at this particular time in history, should not delay in taking steps to remedy the situation. No one knows the exact time or date, but God put clues in the Bible, which indicate that we could be very close.

There is an added sense of urgency, at this particular time, for several reasons: First of all, 2020 is the 73th anniversary of Israel and God embedded at least 3 other 70-year periods in Biblical Jewish history. Chances are that it could happen again, especially since the correct interpretation of Daniel 11 shows that all the verses, up to the abomination in verse 31, have been fulfilled.

Therefore, the uprising and abomination could happen at any time, without advance notice, especially since there are already riots in the West Bank and Gaza, not to mention trouble with Iran and Hezbollah to the north. Therefore, it’s not a stretch at all to imagine that a terrorist’s attack could desecrate the Western Wall (temple fortress), while some group sets up the abomination that causes desolation. No one knows for sure what the abomination is, but it could be something as simple as a flag, if placed near the Temple Mount, because the symbolism could be an abomination (something hated by God). Furthermore, Jesus indicated that the abomination, spoken of by the prophet Daniel, will be the last event before the rapture. (Matt 24:15-21) Yet, a person can’t wait until they actually see the abomination, before making a commitment to Jesus, because the rapture will happen almost immediately and they could be left behind like the foolish virgins in Matthew 25:1-13.

It’s certain that the rapture may happen immediately after the abomination because the signs in the sun, moon, and stars, in Matthew 24:29-31, during the ‘gathering in the sky’ (rapture), match perfectly with the signs in the sun, moon, and stars, during the 6th Seal. (Rev 6:12-13) Of course, that’s right before the multitude of Christians arrive in heaven. (Rev. 7:9) Plus, Jesus tells Judea to flee to the mountains, when they see the abomination (Matt 24:15), and there are people hiding in the mountains, during the 6th Seal (Rev 6:15-17), who see Jesus in the sky (the Lamb), which further confirms that the 6th Seal is the rapture.

Therefore, the time to accept Jesus and live accordingly is now, especially since the perilous times in Revelation 8 – 19 follow the rapture, which is what people call the tribulation period. Contrary to popular belief, the Bible doesn’t really support the concept of gentiles being saved after the rapture, during tribulation. That concept has been popularized through a mistaken interpretation, so don’t count on that and thus take an unnecessary risk with eternity.

After all, when it comes to deciding where your soul will spend eternity, it’s better to be safe than sorry. Granted, there’s a limited number of Israelites (Rev 7:3-4) who will be saved during the tribulation, because they will become ‘priests’ during the 1000-years. (Rev 20:4-6) Yet, there’s no indication that any gentiles will be included in that group, especially since it’s unlikely that a gentile who missed the rapture would become a ‘priest’. Therefore, gentiles will get one chance to accept Jesus, which normally ends at death, but one unique generation will see their final chance come even quicker. That’s because, sooner-or-later, Jesus will split the sky “with power and great glory” (Matt 24:30), and the angels will gather Christians, both living and dead, who love Jesus and the Father. 1 Thessalonians 4:16-17“For the Lord himself will come down from heaven, with a loud command, with the voice of the archangel and with the trumpet call of God, and the dead in Christ will rise first. 17 After that, we who are still alive and are left will be caught up together with them in the clouds to meet the Lord in the air. And so, we will be with the Lord forever.”

Since gentiles are not saved after the rapture, there’s only one alternative to heaven, when Jesus returns in the sky. Contrary to what atheists believe, death is not the ‘end’ for anyone. There will come a day when all souls will rise to be judged (following Jesus’ 1000-year reign), so everyone will spend eternity ‘alive’. It’s just that those who don’t choose to live with Jesus in heaven will spend eternity in hell with Satan, but they will be ‘alive’.

In other words, not making a decision to accept Jesus, before the rapture, is the same as making a decision to live with Satan, for eternity. That will not be pleasant, so make a decision for Jesus today. Revelation 20:15“If anyone’s name was not found written in the book of life, he was thrown into the lake of fire.” So how is a person ‘saved’ from the fire? Romans 10:9 (Paul said,)“If you confess with your mouth, “Jesus is Lord,” and believe in your heart that God raised him from the dead, you will be saved. In other words, it’s only through ‘faith’ in the resurrection of Jesus, and the fact that He died for our sins, that allows us to be forgiven, and thus be saved.

If a person follows the above steps: believing sincerely, and asking forgiveness (out loud), then they will be instantly saved. Yet, as Jesus told the prostitute, “Go now and leave your life of sin.” (John 8:11) Therefore, a person may have to change their ways, after being saved, but that depends. 1 John 3:9“No one who is born of God will continue to sin, because God’s seed remains in him; he cannot go on sinning, because he has been born of God.” That doesn’t mean that a person who is saved will suddenly become perfect, not at all, but a saved person will make an honest effort to obey God. That means a person will make an honest effort to do what is right, fair, and kind. Of course, mistakes will be made, but a saved person will feel remorse, after doing bad, and have the urge to repent again.

God knows that humans are inherently weak, so He is faithful to forgive, without limits, but a person must ‘ask’ to be forgiven, and God knows if that person is honestly trying or not. Luke 17:3-4“If your brother sins, rebuke him, and if he repents, forgive him. If he sins against you seven times in a day, and seven times comes back to you and says, ‘I repent,’ forgive him.” So, what kind of things should a Christian be remorseful for? Galatians 5:19-24“The acts of the sinful nature are obvious: sexual immorality, impurity and debauchery; idolatry and witchcraft; hatred, discord, jealousy, fits of rage, selfish ambition, dissensions, factions and envy; drunkenness, orgies, and the like. I warn you, as I did before, that those who live like this will not inherit the kingdom of God. 22 But the fruit of the Spirit is love, joy, peace, patience, kindness, goodness, faithfulness, gentleness and self-control. Against such things there is no law.

Those who belong to Christ Jesus have crucified the sinful nature with its passions and desires.” Therefore, a person must learn to control their sinful desires and redirect their passions to spiritual goodness. How does a person do that? Well, controlling the body is just a matter of controlling one’s own mind, which is where evil desires come from, but they don’t become sin until they’re acted upon by the body. (James 1:13-15) In other words, a person can’t always control what they think, but they should be able to control their own speech and actions. It’s just a matter of will-power and desire to please and obey God. Romans 12:1-2“Therefore, I urge you, brothers, in view of God’s mercy, to offer your bodies as living sacrifices, holy and pleasing to God -this is your spiritual act of worship. 2 Do not conform any longer to the pattern of this world, but be transformed by the renewing of your mind. Then you will be able to test and approve what God’s will is -his good, pleasing and perfect will.”

So, what is God’s will for us?

The second is this: ‘Love your neighbor as yourself.’ There is no commandment greater than these.” The apostle John wrote, “God is love.” (1 John 4:16) Love is the first and greatest fruit of the Spirit, so a Christian must display love, and rid themselves of all hatred.

A Christian should even love their enemy and have compassion for the lost or non-Christian. 1 John 4:20“If anyone says, “I love God,” yet hates his brother, he is a liar. For anyone who does not love his brother, whom he has seen, cannot love God, whom he has not seen.”

So, how do we know if we’re displaying love, as desired by God?

Paul expressed some of the many facets of love that every Christian should strive to uphold. 1 Corinthians 13:4-6“Love is patient, love is kind. It does not envy, it does not boast, it is not proud. It is not rude, it is not self-seeking, it is not easily angered, it keeps no record of wrongs. Love does not delight in evil but rejoices with the truth.”

You can see that a person can be saved instantly, but it takes a lifetime of study to mature spiritually, getting ever closer to God, which should be every Christian’s goal. A person who gets saved, but has no desire to learn more about God, or know Him more intimately, stands in danger of losing their faith, or having it snatched away by Satan. Luke 8:6 & 13 (1/4 of Parable of the Sower) Some [seed] fell on rock, and when it came up, the plants withered because they had no moisture. 13 Those on the rock are the ones who receive the word with joy when they hear it, but they have no root. They believe for a while, but in the time of testing they fall away. Therefore, Christians should strive to mature spiritually, by praying and reading the Bible etc., because that’s the way to develop a ‘root’, which keeps a Christian steadfast when, troubles come. After all, Christians still have troubles, but they learn to overcome them through faith in Christ.