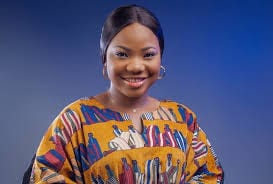 Nigerian Christian music was first introduced in Benin and Warri by Portuguese Catholic missionaries in the 16th century through a rudimentary form of Portuguese liturgical music during the early evangelization of these kingdoms between 1485 and 1600. It was not that robust until the middle of the nineteenth century by the missionary activities of the Church Missionary Society (CMS) in the United Kingdom, and this widespread evangelization took place in Nigeria. The Church Missionary Society (CMS) introduced the choral music of the Anglican Church, which was primarily all about congregational songs.

The pioneer of a unique Nigerian variant of choral music was Reverend Josiah J. Ransome-Kuti, who began experimenting with the fusion of choral music with Yoruba language and melodic structures in the 1890s. As an organist of the Church of San Pedro, Ake, Abeokuta, he composed choral pieces that embody the language and style of the Yoruba. His work was so recognized that he was invited to the UK in 1922 to record an album of these compositions on the Zonophone label. A total of 43 tracks were registered, some of which became standards, such as “Egbe awon angeli”, “Oyigi yigi olorun wa”, “Jesu oba alaanu”. In the entire West African he was the first to record an album.

Ransome-Kuti (grandfather of Fela Anikulapo-Kuti), therefore, can be called the father of Nigerian gospel music, provided that the genre is defined as a fusion of the music of Christian hymns and other genres. Kuti’s work may have been original and different from the parallel development of gospel music in the United States.

The other influential figure in the growth of Nigerian gospel music in the early twentieth century was the choir and composer Ikoli Harcourt-Whyte, who was the first to compose Christian choral music in the Igbo language of southeastern Nigeria. He began experimenting with both forms in the 1930s and was inspired by his time as a patient in the Methodist leprosy colony in Uzuakoli, in eastern Nigeria. His compositions, like Ransome-Kuti before, became gospel standards in Igbo-Land with a total of more than 200. Although he had not recorded an album, his compositions were recorded by the choir of the Uzuakoli leprosy colony after his Death in 1977. A second Engraving in 1999 by the African Choir of St. Louis Missouri in the United States.

Ransome-Kuti and Harcourt-Whyte became role models for several generations of Nigerian gospel musicians since gospel hymns in different languages were developed with services in indigenous languages. As originally planned by Ransome-Kuti, these services have become a key element in the evangelical search. In the 1950s and 1960s, several independent churches emerged with an indigenous duty order: the Church of Cherubim and Seraphim, the Celestial Church of Christ (founded in 1947) and the Qua Iboe Church (founded in 1887).

The C&S Church, founded in 1925 by former CMS member Moses Orimolade Tunolashe, developed severe indigenous influences such as the adoption of the Yoruba language and traditional Yoruba music as a hymn. Qua Iboe was founded by Irish missionaries in 1887 and later adopted the Efik language and the elements of traditional Efik music in their vocal and choir performances.

This tendency to combine traditional forms of music with choral music spread throughout Nigeria. Older churches, such as CMS, Catholics and Anglicans, incorporated traditional African instruments in the background music of their choral performances, with the rhythm of the traditional drums being the most important and the low pumpkin (Udu) in the east of Nigeria.

In the early 1970s, changes began to emerge in Nigeria that were influenced by American gospel music, particularly folk and country gospel. Stars like Jim Reeves and Johnny Cash had many followers. His occasional incursions into the gospel-influenced a new generation of contemporary Nigerian Christian musicians. One of the first Nigerian bands to revolutionize this subgenre was the Karis Band of the University of Nigeria, Nsukka. The Pentecostal movement took root with the active evangelization of the United States and this band was founded by members of the Union of Scriptures (SU), one of the most active Pentecostal groups of the time. The UB promoted evangelism through the use of cheerful, cheerful and contemporary music in the so-called “worship and worship format”. As in the time of Reverend Ransome-Kuti, this should encourage converts to participate.